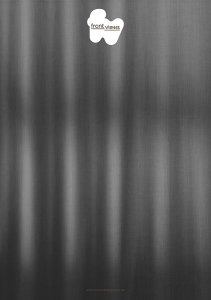 When considering the title, the noun 'light' seems to have only one, almost self-evident meaning. Maybe it is the dominance of the idea of 'light', which determines the direction of our thoughts. This should of course be of no surprise. One just has to consider the physical and biological relevance of 'light' to understand why numerous myths, religions and social movements granted 'light' a key function within their theories: from the sun-worshipping religion of Akhenatan in Ancient Egypt, to Gothic architecture, Albert Speer's cathedral of light, and the artist group ZERO, to name but a few.

But »of light«, in the context of this exhibition,  relates to the adjective 'light', which brings an important second meaning to the foreground: the quality of 'slightness', in the sense of 'less weight' in substance. Only after the combination of these two definitions is the fitting framework for the selection of positions set. In fact, this exhibition is about two characteristics, which often go hand in hand: the 'bright' and the 'slight' qualities of the works. This exhibition is by no means a confrontation with dogmatic and pseudo religious versions of a world order relying upon the metaphysical significance of 'light'.

The impact of the works originates in the subjective handling of the phenomena of dematerialisation by each artist. These phenomena reveal themselves in the use of material as well as the selection of rudimentary motifs. There are also individual strategies of lucid presentation. The most neutrally presented, minimal object – that is to say, the most unadulterated physical presence - is not of interest; rather it is the impression of the specific nature of the material and/or the motif it generates in symbiosis with light. Thus the following questions arise: How much material is necessary in order for light to structure itself? Which material allows a certain aesthetic to become concrete?  Which motifs are most suitable in letting the phenomena of visual immateriality be experienced? Which sources of light have to be deployed to release spectrums of alienation? As the result of a creative process based on these premises, the works have a quality, which is so light, so reflective, so ephemeral, so subtle and illusive, that it discharges a changeable haptic infused with light or confronts the viewer with uncertain moments of recognition. Thus the works radiate a precarious sensibility.

Without a dominating superstructure in terms of content, the light can here flow through material, retina, mind and space. This mobility is inseparably connected with the visual volatilisation of concrete materiality. Even when being filtered, reflected or derived from a certain source, images are still conveyed, and they are precisely the images that are anything but fixed . And these images are anything but constant, because - depending on their quality, their position in the space and the source of light - they continually redefine themselves visually. »of light« is the time and place to experience this fluctuation.